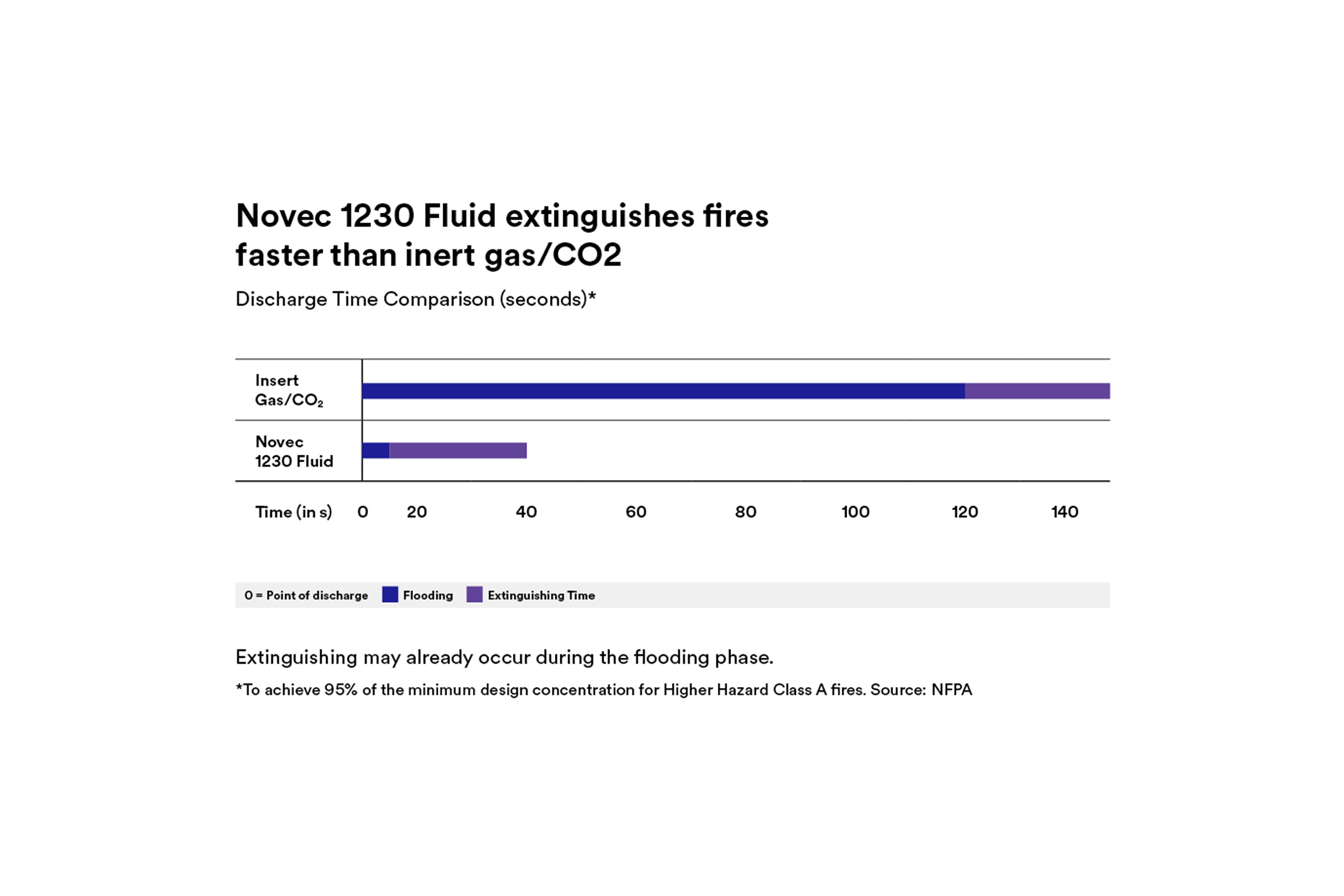 Extinguishes a fire before it starts by rapidly removing heat!

3M Novec 1230 fluid extinguishes a fire before it starts by rapidly removing heat. In a typical total flooding system, the fluid is stored as a liquid in cylinders pressurized with nitrogen. Automatic detection sensors trigger release when the fire is at the incipient stage, extinguishing it in mere seconds.

Within seconds, the full extinguishing effect of 3M™ Novec™ 1230 Fire Protection Fluid unfolds. When released in a properly designed system, 3M Novec 1230 fluid rapidly vapourises and evenly distributes throughout the protected space within 10 seconds. It absorbs the heat from the fire, thus interrupting the chain reaction and within a maximum of 40 seconds the fire is extinguished. And since the fire extinguishing system using 3M Novec 1230 fluid extinguishes fire much faster compared to inert gas or CO2 based systems, damage to high value assets is significantly reduced. Meaning business can carry on as normal.