NASA tech for you! 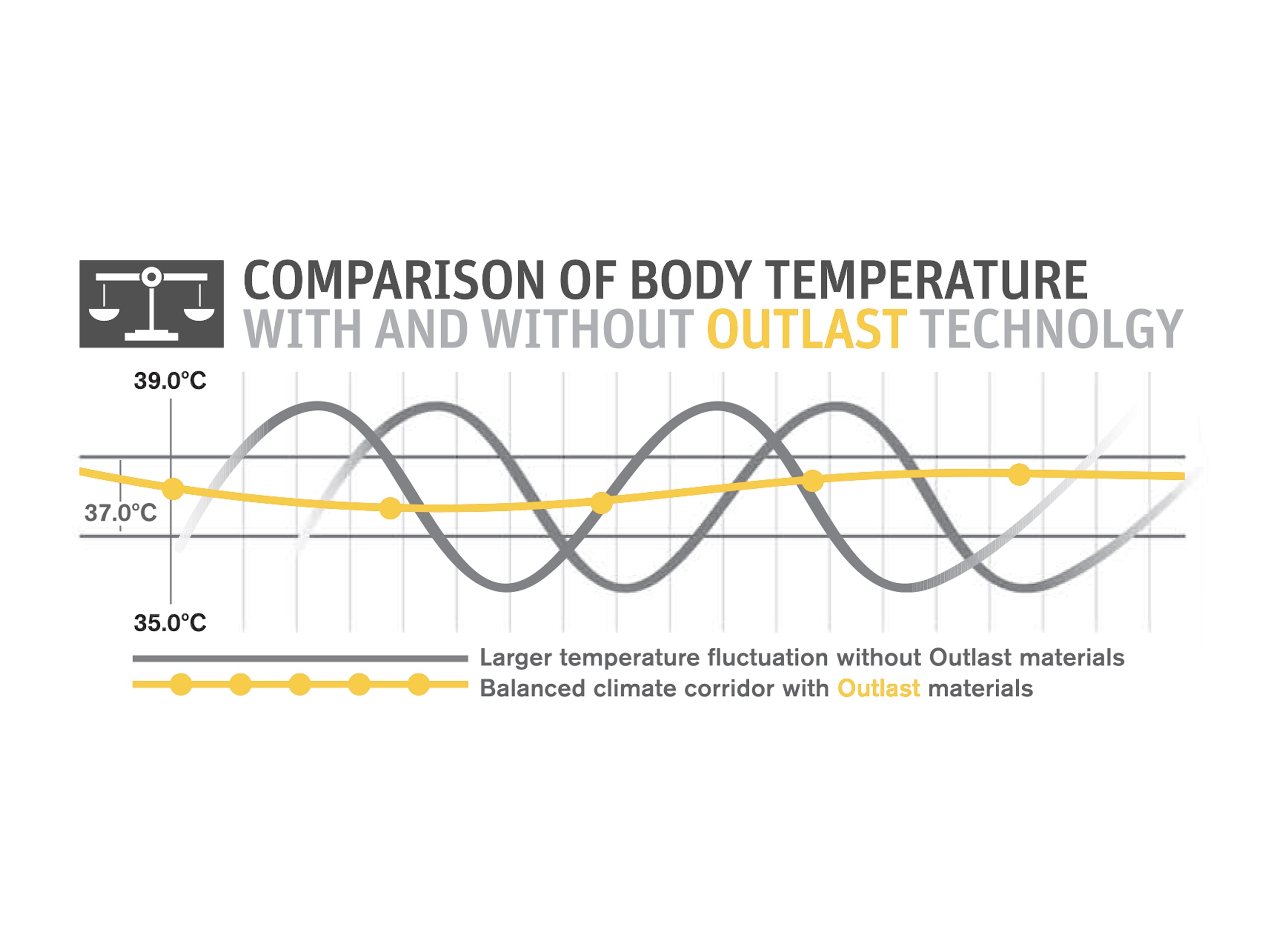 Outlast? technology, originally developed for NASA, utilizes phase change materials (PCM). A phase change material (PCM) is a substance with a high heat of fusion which, melting and solidifying at a certain temperature, is capable of storing and releasing large amounts of energy. Heat is absorbed or released when the material changes from solid to liquid and vice versa; thus, PCMs are classified as latent heat storage (LHS) units.

Outlast? technology is comparable to ice in a drink; as it changes from solid to liquid, it absorbs heat and cools the drink, keeping that drink at the desired temperature for longer. Outlast? phase change materials work in the same way, but are micro-encapsulated to be permanently enclosed and protected in a polymer shell. We call micro-encapsulated phase change materials Thermocules?.

These Thermocules? are incorporated into our fibres and fabrics, and have the capacity to absorb, store and release excess heat. This gives Walero base layers (AKA, underwear) the ability to continually regulate skin?s microclimate. As the skin gets hot, the heat is absorbed, and as it cools, that heat is released.