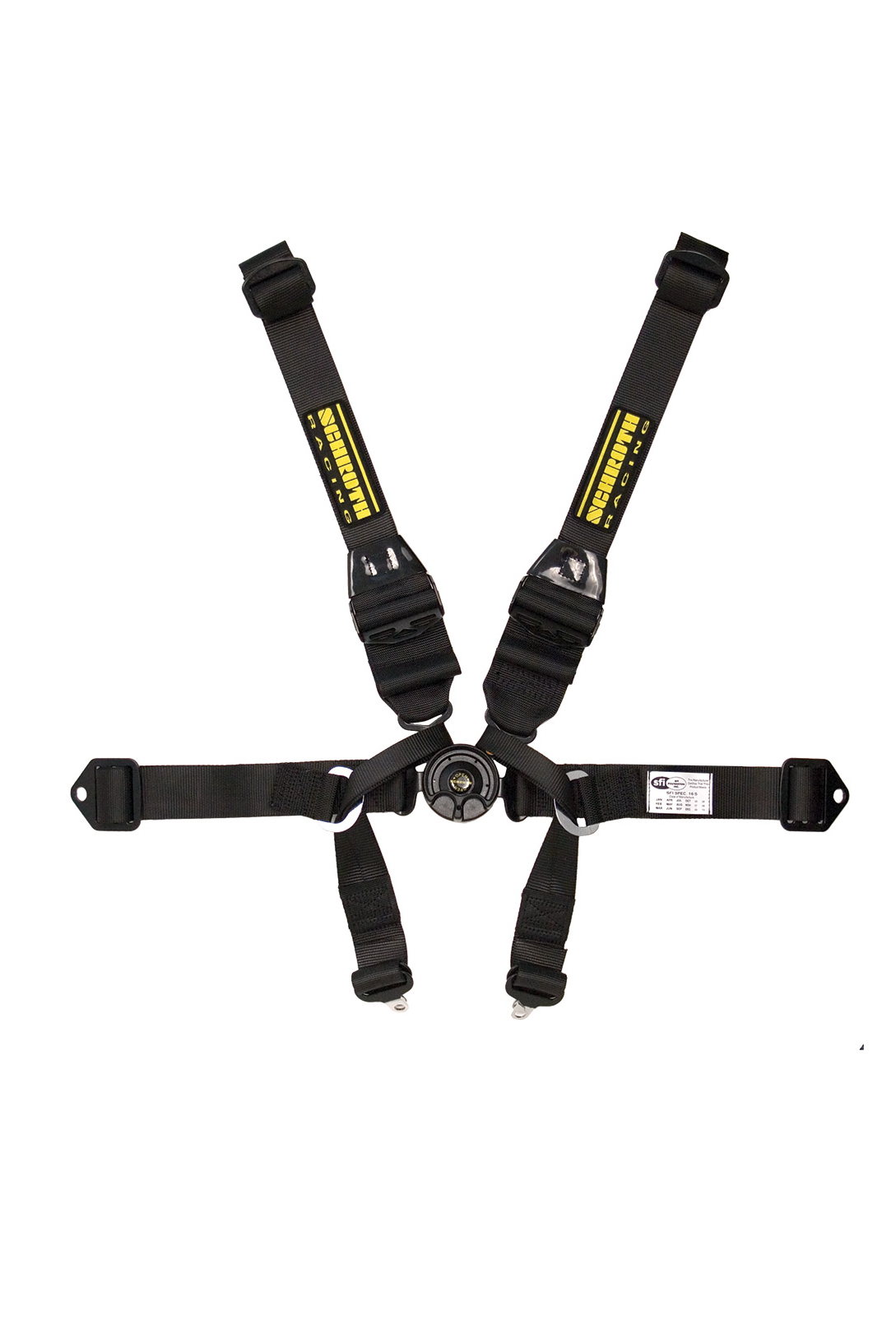 In 2007, Schroth introduced the Nextel Cup to the 2" lap belt that has been available to FIA sanctioned racers for years. In doing so, they've stepped up the level of safety available to racers running under all SFI 16.5 harness rules. 2" Lap Belts are now legal in all touring NASCAR series.

The 2" lap belt offers greater safety because it fits better on the human pelvis. The part of the pelvis where the lap belt contacts the body is called the Iliac Crest. This is the bone that sticks out at the front of your hip. When seated, a 3" lap belt will ride on top of this crest. A 2" belt sits below this crest, and exerts all of its force on the hard part of your pelvis, rather than focusing it on a small surface area of bone. Because of this fact, you can generally get the 2" lap belt up to 1.5" tighter than a 3" lap belt.

Add this 2" lap belt to the already impressive features that distinguish the Schroth harness from the rest of the competition and you end up with an easy choice for your harness.

The Formula Style harnesses are defined by the method that the sub straps fasten to the rest of the harness. In a Formula belt, these straps feed through D-rings that are sewn into the lap belts, and then wrap around special hardware on the Shoulder belts. This is generally the type of harness you want to use if you are mounting your sub straps to the same locations as the lap belts, or if you are sitting on the sub straps. Most of the time, these belts are only used in single seat open wheeled cars, but many NASCAR drivers still request this setup.

You can specify the standard HANS specific 2"/3" shoulder belts or the state-of-the-art "Double Shoulder" belts that feature the 3" body belt and additional 2" HANS belt.

Note: This harness can be converted to 7-point (or 9 point if used with Double Shoulders) By adding a Single Anti Sub strap.