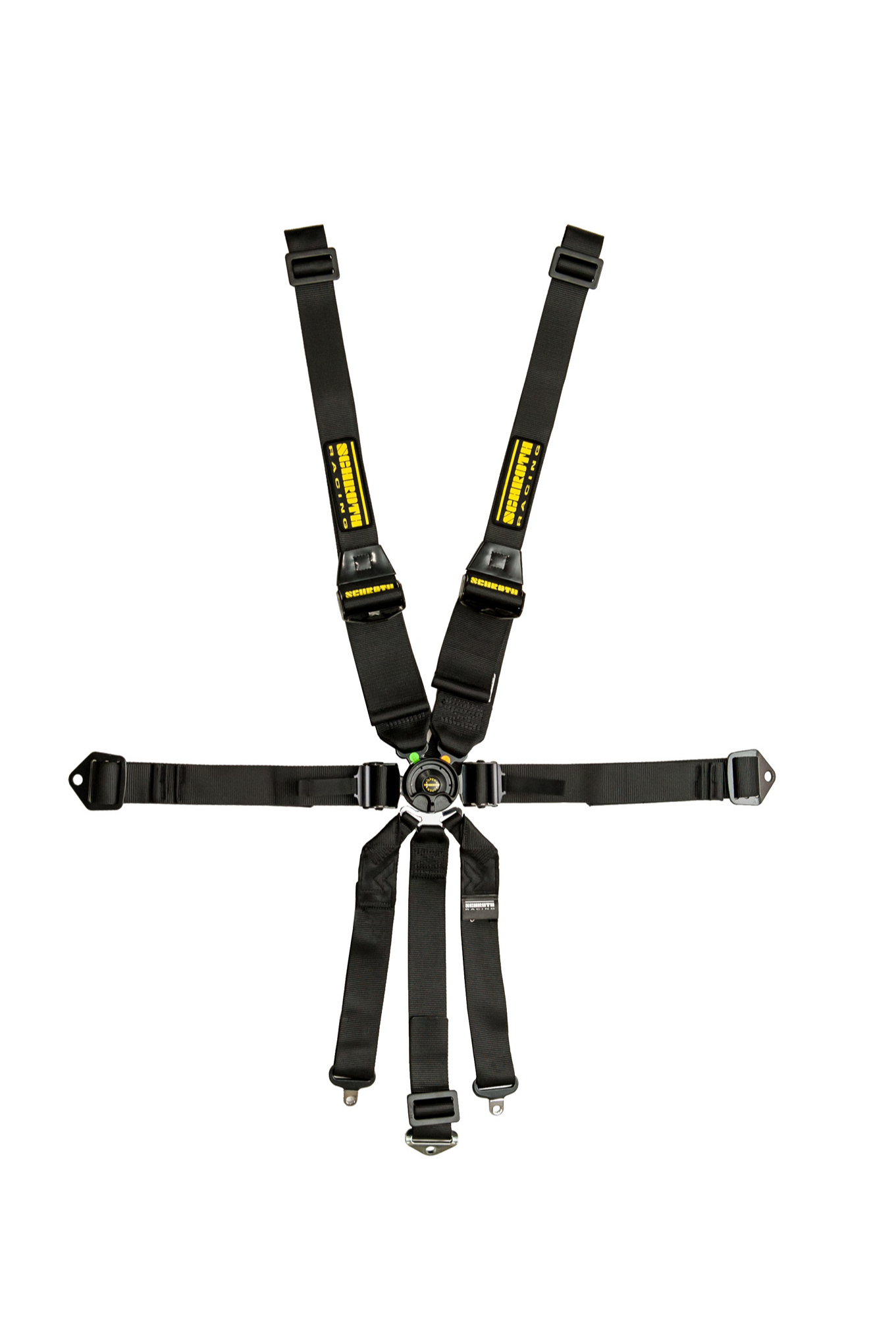 The SFI 16.6 Profi II belt is Schrothâ€™s most popular option in the NASCAR garage. The belt features a T-bar that has all 3 sub-straps mounted to one latch. The Profi II belt is the only belt allowed in NASCAR with both left and right side laps adjustable. This is accomplished by integrating the adjuster into the lap belt latch so that it is not considered an in-line adjuster. The NASCAR rules state that only 1 in-line adjuster is allowed on the right side lap only. Since the Profi II features an integrated adjuster it is legal for use in the NASCAR series. Due to this feature, it is our most popular belt since it is very easy to get the lap belts tight. The Profi II belt can come with 3 different style shoulder belts; an all 3â€, a 2â€/3â€ HNS specific shoulder belt and the Double shoulder belt.